The human eye is an organ that reacts to light and has several purposes. As a sense organ, the mammalian eye allows vision. Rod and cone cells in the retina allow conscious light perception and vision including color differentiation and the perception of depth. The human eye can distinguish about 10 million colors and is capable of detecting a single photon.

Similar to the eyes of other mammals, the human eye’s non-image-forming photosensitive ganglion cells in the retina receive light signals which affect adjustment of the size of the pupil, regulation and suppression of the hormone melatonin and entrainment of the body clock.

The eye is not shaped like a perfect sphere, rather it is a fused two-piece unit. The smaller frontal unit, transparent and more curved, called the cornea is linked to the larger white unit called the sclera. The corneal segment is typically about 8 mm (0.3 in) in radius. The sclerotic chamber constitutes the remaining five-sixths; its radius is typically about 12 mm. The cornea and sclera are connected by a ring called the limbus. The iris is the colored circular structure concentrically surrounding the center of the eye, the pupil, which appears to be black. The size of the pupil, which controls the amount of light entering the eye, is adjusted by the iris’s dilator and sphincter muscles. A device known as an ophthalmoscope is used to see inside the eye.

Light enters the eye through the cornea, then the pupil and then through the lens controlled by ciliary muscles. Light falling on the light-sensitive cells of the retina is converted into electrical signals that are carried to the brain by the optic nerves.

Dimensions differ among adults by only one or two millimetres, remarkably consistent across different ethnicities. The vertical measure, generally less than the horizontal, is about 24 mm. The transverse size of a human adult eye is approximately 24.2 mm and the sagittal size is 23.7 mm with no significant difference between sexes and age groups. Strong correlation has been found between the transverse diameter and the width of the orbit (r = 0.88).[4] The typical adult eye has an anterior to posterior diameter of 24 millimetres, a volume of six cubic centimetres (0.4 cu. in.), and a mass of 7.5 grams (weight of 0.25 oz.).[citation needed]

The eye is made up of three coats, enclosing three transparent structures. The outermost layer, known as the fibrous tunic, is composed of the cornea and sclera. The middle layer, known as the vascular tunic or uvea, consists of the choroid, ciliary body, and iris. The innermost is the retina, which gets its circulation from the vessels of the choroid as well as the retinal vessels, which can be seen in an ophthalmoscope.

Within these coats are the aqueous humour, the vitreous body, and the flexible lens. The aqueous humour is a clear fluid that is contained in two areas: the anterior chamber between the cornea and the iris, and the posterior chamber between the iris and the lens. The lens is suspended to the ciliary body by the suspensory ligament (Zonule of Zinn), made up of fine transparent fibers. The vitreous body is a clear jelly that is much larger than the aqueous humour present behind the lens, and the rest is bordered by the sclera, zonule, and lens. They are connected via the pupil. 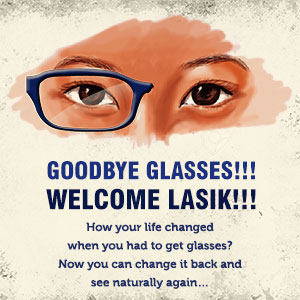